Doorways to the Infinite

One evening in the early 1970s, while sitting in her Manhattan living room, Sally Kempton was overcome by a feeling of all-encompassing, unconditional love that seemed to come out of nowhere. She had never known that love like this was possible. The experience lasted for 24 hours, and turned her life around. 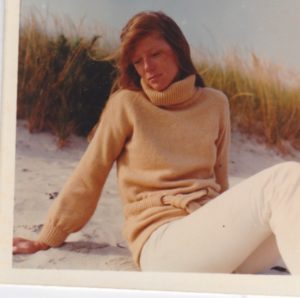 At the time, Kempton had a flourishing career as a New York journalist, writing on popular culture, the arts, and feminist issues for Esquire, the New York Times, New York magazine, and The Village Voice. An early voice in the second- wave feminist movement, spirituality was the last thing on her agenda. But her experience that night affected her so powerfully that within a year she had given up her career to immerse herself fully as a student and teacher of spiritual awareness. 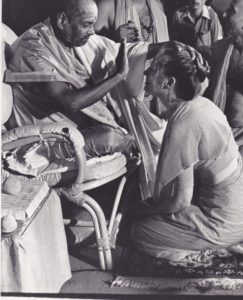 Two years later, she encountered her Guru, the enlightened Siddha master, Swami Muktananda, and became his full time student. An enlightened master in the Indian yoga tradition, Muktananda (1908-1982) was known for his ability to ignite the latent meditation energy (kundalini) in others through a look or a touch. When Kempton met him, he was traveling in the United States, where he awakened thousands of people to their spiritual potential.

Kempton studied and traveled with Muktananda from 1974 until his passing in 1982. She edited many of his books, received intensive training in the texts of Vedanta, yoga and the north Indian tantric tradition of Kashmir Shaivism, and taught courses around the world. In 1982, Muktananda initiated her into the traditional Saraswati order of Indian swamis, or monks, and gave her the name Swami Durgananda. For the next twenty years, she served as a teacher in the Siddha Yoga meditation community. She created and taught workshops, courses and trainings in meditation and spiritual wisdom, served for a time as editor of the spiritual magazine Darshan, and wrote extensively on all aspects of spiritual life. 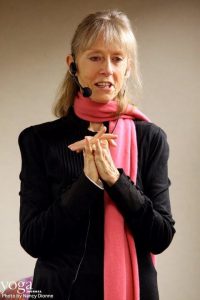 In 2002, Sally was inspired to put aside her monastic identity to create a teaching path that could help students deal directly with the challenges of 21st century life. Her current work interprets the wisdom of the tantras for mature contemporary aspirants, drawing on depth psychology and neuroscience as well as the insights of Integral philosopher Ken Wilber. From her home base in California, she travels extensively, and offers monthly telecourses as well as workshops and retreats that integrate meditation, yoga philosophy, and spiritual life-skills.

Though Sally offers many courses for beginning meditation students, she is also regarded as a ‘teacher’s teacher’, whose approach inspires long-time practitioners to free themselves from routine meditation practice, and move deeper.

Sally is also the author of the hugely popular books “Meditation for the Love of It” and “Awakening Shakti“. 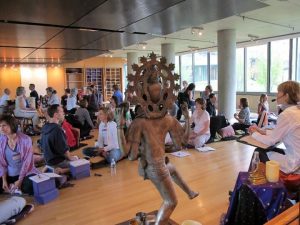 She teaches meditation as a process of inner exploration, in which we learn to integrate heart, mind and body in order to experience our natural state of wisdom and love. Sally also offers a wide variety of classes on yogic wisdom texts, as well as hands-on, contemplative practices for moving through psychological obstructions, understanding the intricacies of inner life, and how to apply spiritual principles to relationships, work, and life in our time.

"Sally’s classes are deeply transformative. Her guidance is gentle and loving, yet challenging in all the right ways. She brings yogic teachings out of the books, and into real life in a way that makes it totally practical."

Students say that her classes create an atmosphere of support and joy that allows deep exploration. “Sally’s classes are deeply transformative,” a student says. “Her guidance is gentle and loving, yet challenging in all the right ways. She brings yogic teachings out of the books, and into real life in a way that makes it totally practical.”